There was something peaceful about being on the river boat. We were finally away from the large crowds and constant lights and traffic. Opaque and milky, the greenish-gray of jade, that’s how the waters of the Yangtze looked to me. There seemed to have always been a mist hanging over the river and the shore. It was probably smog but I prefer to believe that, at least in the rural areas, that it was just mist. A simple enhancement to the natural beauty of China. 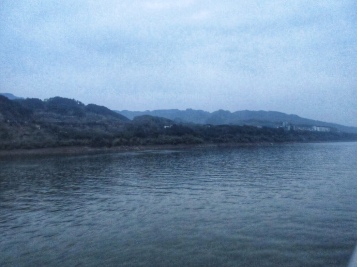 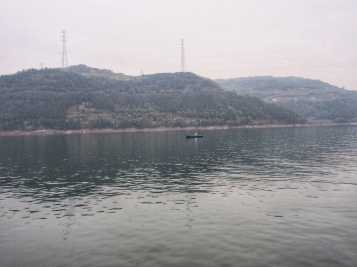 Each morning on the boat they had a simplified exercise version of Tai Chi. I missed the first morning unfortunately, a splitting headache had me downing advil, water and anything else I thought might help. But when I was able to join the next morning it was a fantastic way to start the day. I will say this though, I’ve never been more sore in my entire life and I’ve done my fair share of working out.

We went on a few really neat excursions while on the river boat: we took little boats up a feeder stream of the Yangtze, went saw the Three Gorges Dam and its marvelous lock system, and climbed 99 steep steps to the top of a pagoda. All these adventures deserve their own post and I will tell their tales in time.

One enjoyment of mine that I don’t discuss enough on this blog is my love of tea, hot tea in particular. At the tea ceremony at the bell tower I bought ginseng oolong tea but on the boat I bought a lot more. The crew member that worked there was happy to talk about tea and let anyone try as much as they wanted. I know that his job was to sell but it was neat to talk to someone who is local. He spoke English as well as any native speaker. We met elementary school aged children later in the trip and they spoke to us in English also. Thinking back on it, their proficiency in a second language makes me want to learn another. 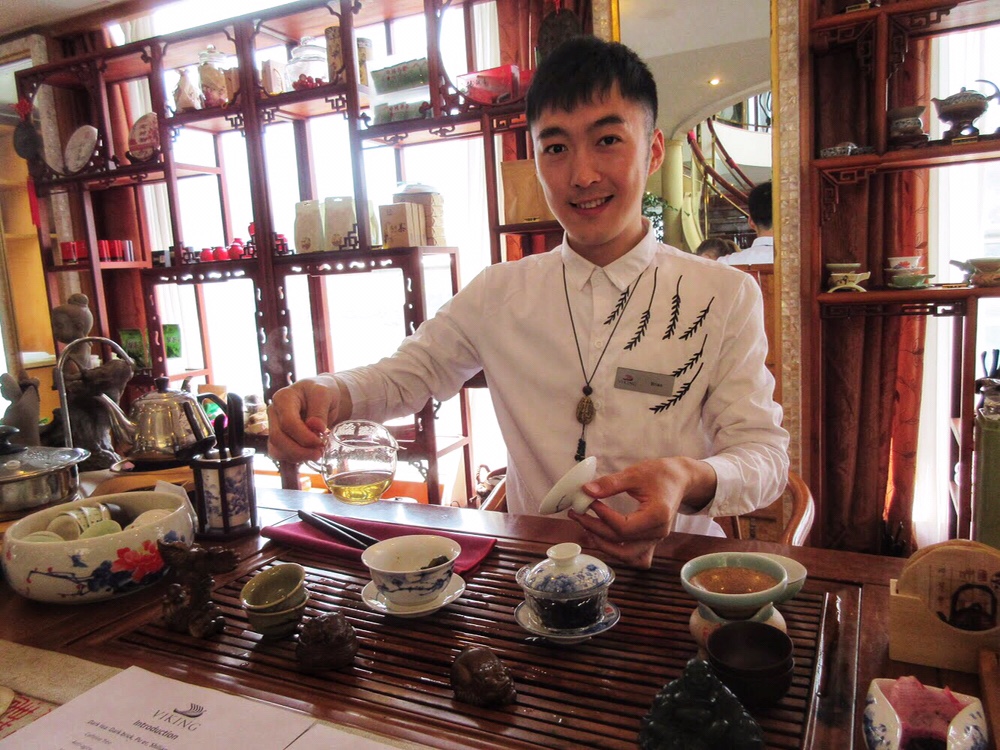 While i didn’t learn much of the native tongue I did try almost everything when it came to food, including: pigs ear, pigs tail, and chicken feet. I stopped short at trying in the ancient eggs, their color was a bit off putting. The tail wasn’t awful, the other two though – no. I took a bit to say I’d tried them but they weren’t to my taste. The ear was really chewy. 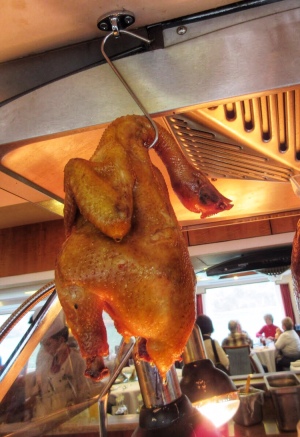 One of my favorite sights was as we were traveling down river. Shallow banks with trees shrouded in mist and yellow flowers at their feet. Looking at nature has always been relaxing to me though. If you enjoy my blog please consider buying me a cup of coffee. 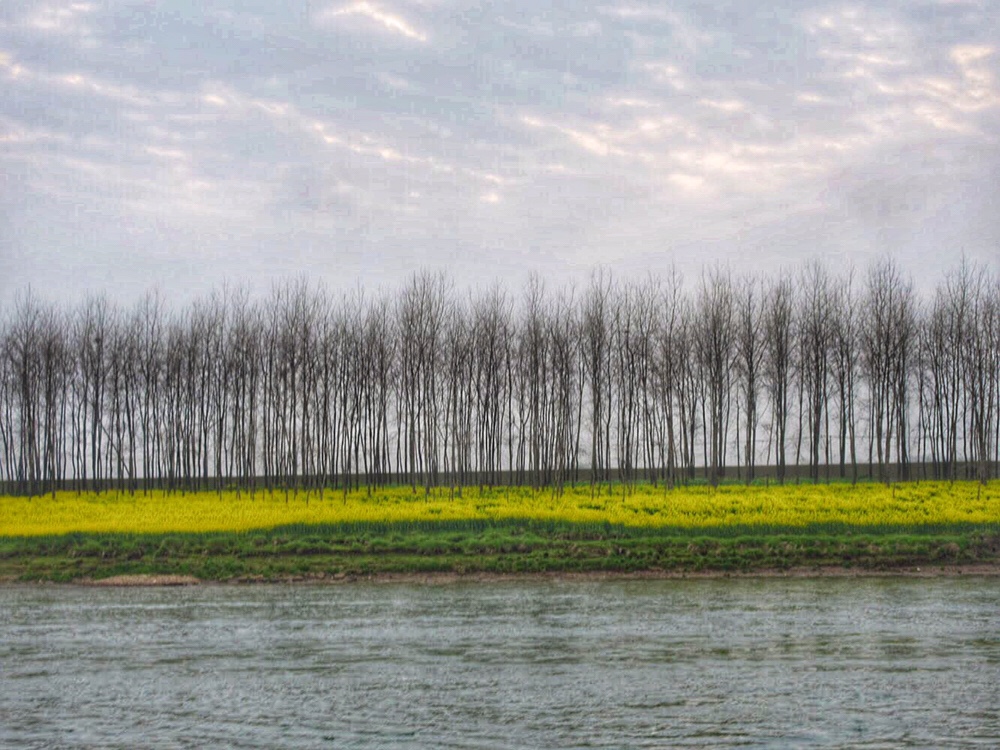 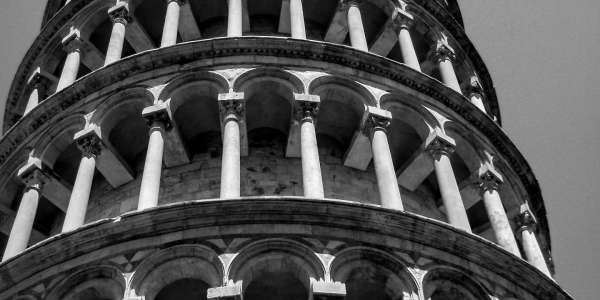