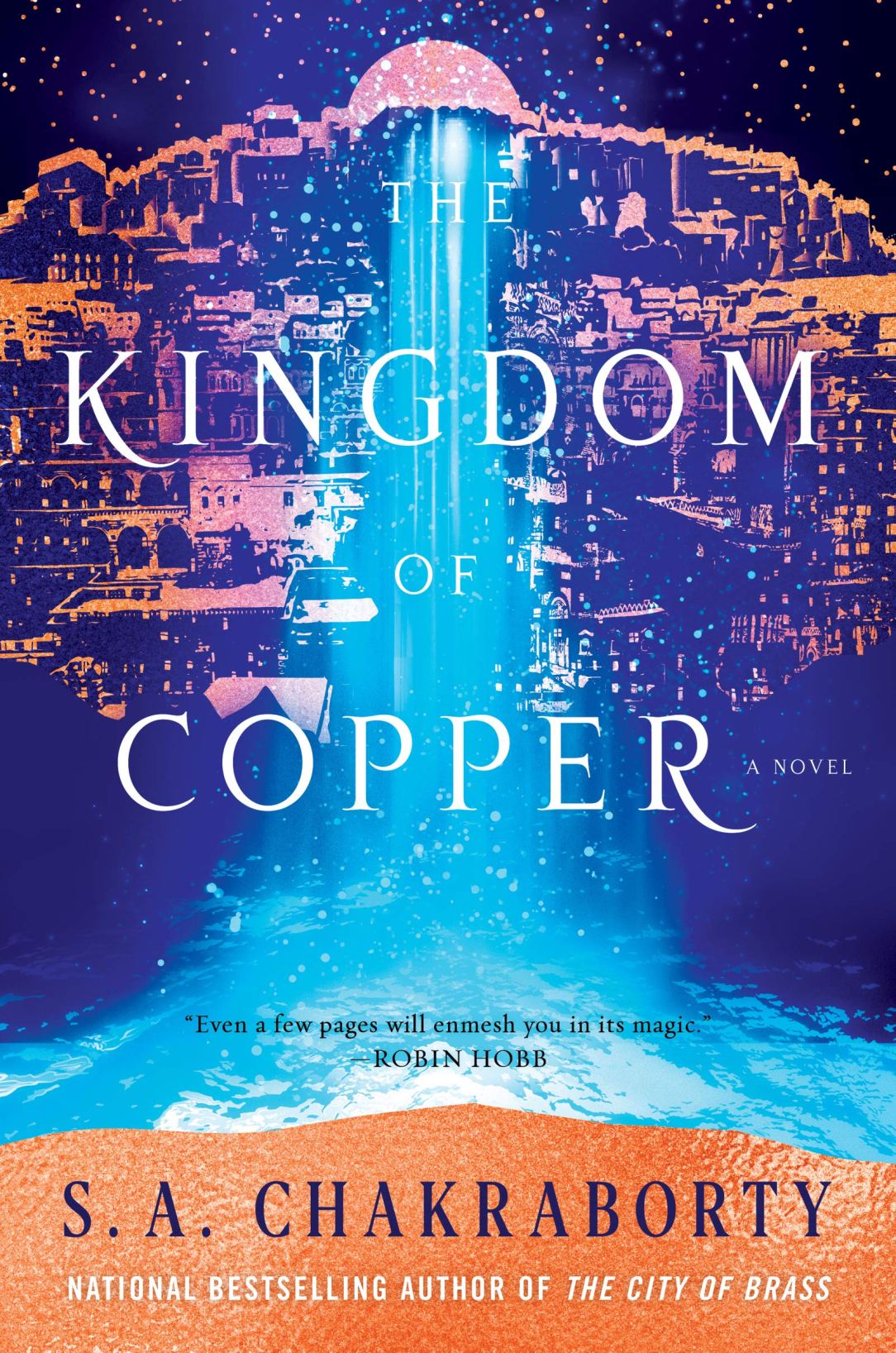 Paperback Perils: The Kingdom of Copper

The Kingdom of Copper is the second book in The Daevabad Trilogy after The City of Brass. I first read The City of Brass last year as part of the Book of the Month club and I loved it. I’m pretty sure I devoured it in a weekend but I also know that it is not a universally loved book. I personally enjoy this series because it lets me delve into a mythology that I am not familiar with. most of the fantasy I have read has European myth and fairy tale roots or Greco-Roman. I am not nearly as familiar with the Middle East. I don’t know how true to that region’s mythology the series is but that does not stop it from being interesting.

This book is set, for the most part, five years after the events of The City of Brass. In that time Nahri’s healing abilities have grown and Ali has learned to survive in the world despite his banishment. The city of Daevabad is not settled and fights among its full blood djinn citizens and the shafit break out with deadly consequences for all involved and those that try to stop them.

Despite the upheaval and despite serious opposition Nahri is actively working to bring the people of Daevabad. She works relentlessly with those that she doesn’t particularly trust but have the proper skills to help her bring her dreams to fruition.

Unknown to those in the city of the djinn a force is rising to take back the city by the family it was stolen from generations ago. They ally themselves with dangerous being and plan a bloody attack to retake the fractured city Nahri is attempting to mend.

I recommend this book to those that enjoy stories set in the Middle East, stories of djinn and magic, stories of warriors and healers set in opposition and stories of secrets. What do you think of this trilogy so far? Happy reading.

1 comments on “Paperback Perils: The Kingdom of Copper”