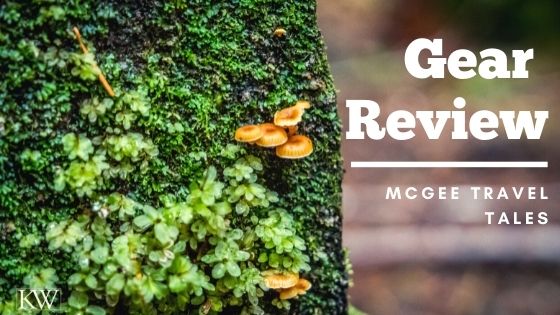 Keltin and I made a big upgrade to our camera recently and I have asked Keltin to write a review as he is the main one to have used it. That’s not to say that I don’t use it but photography is his passion and pet project. The first trip where we really got the chance to use the R5 was on our road trip to and around Colorado. This is a long review but I hope you enjoy Keltin’s writing style as much as I do and if you want to see his work, click here.

I first learned the general basics of photography when I was in high school. I can remember the day when Ms. Davis, my yearbook teacher, showed me this (what seemed at the time) a huge, intimidating camera. Her lecture about ISOs, apertures, and shutter speeds went right over my head. I mean, I understood what those things were in a physical sense: the aperture is the size of the hole that lets light through, the ISO is the “film speed,” or how sensitive the sensor (or the film) is to light, and the shutter speed is how long the light is exposed to that image sensor (or, again, the film).

Over time, and hitting the “picture taker” button thousands and thousands of times, I became a mediocre photographer, which is where I am today. For a long time, photography was an equation: change x setting to one thing and z thing happens to the photo. You can definitely get by with that equation, never really understanding the y variable. Lord knows I did for many years.

But after we bought a Canon Rebel T6 in 2017, and especially after I started to shoot photos in “Manual” mode, I learned that photography is not only an equation, but also a complicated and never-ending dance of light. The last part is the y variable. Light is surprising and wonderful. Understanding light is critical to growth in photography. It’s vital in our own lives and our observations. There’s a reason God made light first.

I could yammer on about this all day. I love to take the pictures of the things. Photographers are artists who work with only one medium: light. I don’t know if I’ll claim to be an artist someday, but I’ll claim to have tried.

In July of 2021, we upgraded our camera to the Canon R5. Now, here’s something to know about me. I love toys, especially of the nerdy technology variety. I come from a long line of similar men. So she had the chance to upgrade me to what is, based on the specifications, the best camera on the market. I couldn’t be happier with it either. So, when Laci asked me to whip up a review, who am I to say no? Below is my review of the camera, divided into a few categories.

Let’s get into it.

The first thing to know about the R5 is that it is a mirrorless camera. For years, traditional cameras (including my Rebel) use a mirror to help the photographer see what the lens sees. It works exactly like a periscope. When the shutter button is pressed, the mirror physically moves out of the way and exposes the sensor or the film. Then a shutter engages, and depending on the speed of the shutter, exposes the sensor to the light. Then, the mirror moves back into place. This rewards the photographer with a satisfying clicking noise.

In a mirrorless camera, obviously, there is no mirror. That means that the image sensor is always exposed to the light and there is a tiny screen in the viewfinder that shows you what the image sensor sees. In other words, rather than a physical process of taking a photo, the process is mostly digital.

There are a few significant differences. First, the lack of a mirror takes away the very satisfying clicking sound. Luckily, the R5 allows you to add it. Second, the camera is thinner, although the difference in the R5 is minimal because there is extra room taken up by the processor.

Third, in an SLR (single lens reflex) you are limited by how quickly the mirror can move out of the way, return to its position, and then move out of the way again if you’re taking multiple photos in a row. A mirrorless camera does not have this problem. The Rebel can take about six or seven frames per second, the R5 can do 20. This makes a big difference if you have a moving subject.

Finally, and probably most importantly, is the technology in the R5. For decades, cameras were made with moving mirrors. Therefore, the technology and the little gizmos that would make the mirror move and the shutter engage are pretty good, even in 2021. Mirrorless is just as good. In addition, getting the R5 was a good way to “future proof” our camera investment. Canon and other camera makers are moving more to mirrorless technology. Modern high-end SLR cameras are still amazing cameras, but they won’t be around forever.

In my mind, a full frame is superior. You can capture the most contrast in a photo, the most color, and the most detail. If you shoot with a full frame, your light dance uses the entire dance floor. A cropped sensor is like dancing on a raised dance floor where, if you get too close to the edge you sprain your ankle while dancing to the “Cotton Eyed Joe.” Not that I’ve done that.

In professional uses, cropped sensors also have their uses. This is especially true in wildlife photography. When you use a cropped sensor, the image you, as the photographer, sees is magnified 1.6 times more than a full frame. It’s physics and I don’t really understand it, but them’s the rules. When shooting wildlife, or landscapes, sometimes you want all the magnification you can get.

Here’s a topic I don’t know a ton about, other than one thing: the higher the number, the more detail you can get. Or, more megapixels equals higher quality. The R5 has 45 of those suckers, which is more than I thought possible. This means I can crop the CRAP out of a photo without sacrificing much quality. I like that.

The R5 uses Canon’s newest series of lenses, the R series. This is another area in which I am not well-versed. Basically, the R lenses use the most recent lens technology. Glass makes a huge difference in the quality of your photos, almost as much as the camera itself.

The pandemic has put a squeeze on Canon’s new lenses, so in the meantime, we have to use an adapter. There is no functionality lost when using the adapter.

It’s hard to narrow this down. There is SO MUCH to like and a lot more to love about the Canon R5.

First of all, this is a professional level camera, full stop. Therefore this camera doesn’t hold your hand out of the box. That may be scary to some, but for me, it’s exciting. I can learn more about the art of light manipulation. The camera, however, does a great job of making it easy to customize the settings you want quickly and easily. Plus, a majority of the buttons are customizable. For example, the default button to focus is to press the shutter button (the big button that makes the camera do the things) halfway down. I changed it to a button on the back. I can always use my thumb to continually focus the shot. This will be useful when photographing Bear or sports.

Speaking of focus, I can tell the camera to give priority focus to people or even animals. If I’m taking pictures of Laci, the camera will find one of her eyes and put the focus there. A little box will appear in the viewfinder and follow her eye around. It’s roughly the same for animals. I don’t know what kind of black magic wizardry the camera does, but it works and it does it well.

I’ve only skimmed the surface of what this camera will do. I didn’t talk about the incredible video capability, the writing speed of the memory cards, the amount of information given to you by the camera (half of it I don’t understand. Yet.), the ergonomics, the app compatibility, and so much more. Obviously, I just love using everything about this camera. It’s fabulous in every single respect. The only complaint is that the camera will get very hot when shooting 8K video. However, that happens. Real, cinematic 8K cameras have their own intense internal cooling systems because the sensor is absorbing so much information. So, I can’t really complain.

Yes, this is an amazing camera, but it is not for the faint of heart. This camera is perfect for experienced photographers that want an upgrade. It’s not cheap, so it’s not great for a novice photographer. You can let the camera do all the work, and it happily will, but you won’t get the best bang for your buck.

If you stuck with this long review to the end, thank you. If you are interested in a good starter camera check out my Canon Rebel T6 review.

Thank you KW Photography for allowing me to use your wonderful photos!

Processing…
Success! You're on the list.
Whoops! There was an error and we couldn't process your subscription. Please reload the page and try again.

If you like the banner check out this design and others at Canva! 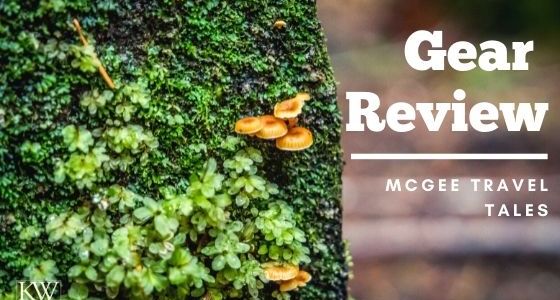