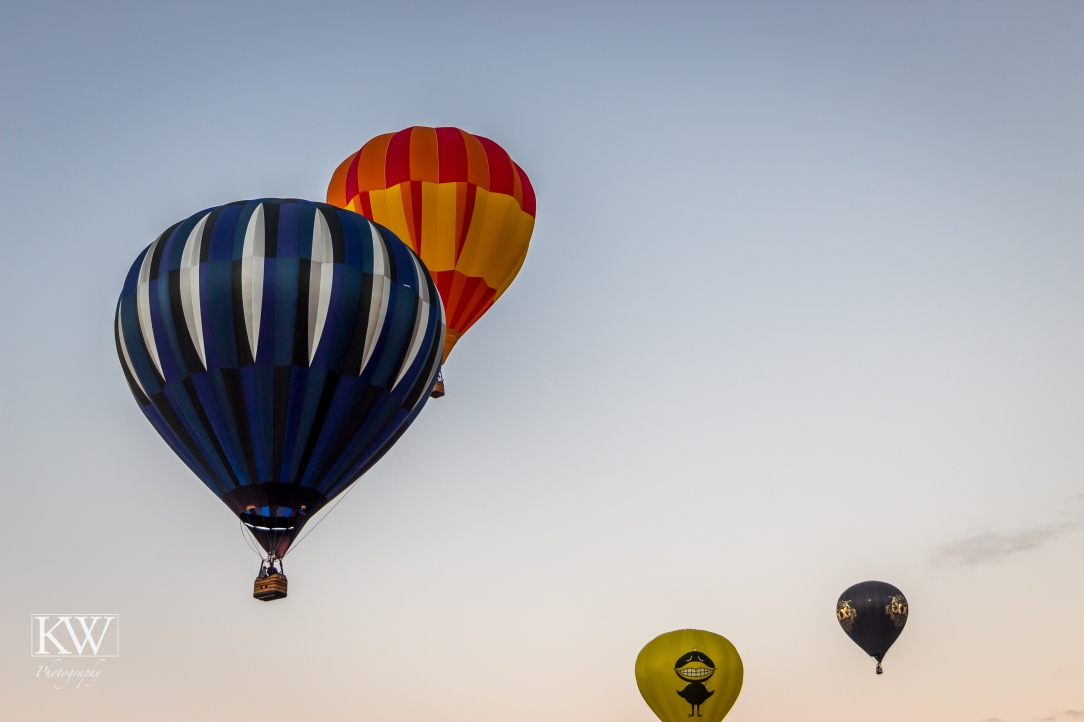 In total I went to three sessions of the International Ballon Fiesta: one where I rode in a balloon, an attempted night glow, and a morning mass ascension. If you want to read about my hot air balloon flight you can see it here.

I didn’t do a separate post about the night glow because due to higher wind speeds it didn’t happen. The balloons were unable to stand up and stay grounded. We did get to see some neat sky diving. Including one skydiver with a flag.

Instead of going back for another Night Glow we decided to go to a dawn Mass Ascension and it was worth the sleep we lost. Because going to the Mass Ascension means being up around 4 am if you want to be at the balloon field before 5 am to see the dawn patrol.

The dawn patrol are balloons piloted by pilots with special licences that allow them to take off before day break. I really enjoyed watching the dawn patrol because the control would radio them and have the pilots flash their burners or do a steady burn. It was just this beautiful pre-dawn light show.

Once the sun was up the balloons were off. Well, they were off as fast as they were allowed. The air traffic control on the balloon field are the Zebras. I can’t remember how they ended up with the name but they take it to heart. They have radios and work the field letting balloon launch at the right time so that there are no accidents. With 550 registered pilots, that’s a lot of balloons to manage.

The Mass Ascension is a wonderful riot of color and chaos. Balloons are taking off all over the field and there is a sea of people to wander through. It is fantastic, the balloons are so neat to look at and watch as the crews set them up. They unroll these huge envelopes (that’s what the actual balloon is called) and fiesta goers are right there.

If you ever have the opportunity I highly suggest going to the International Balloon Fiesta. The sheer size of it makes this ballooning event just so much different than other balloon festivals. To experieance the full wonder, check out my video below.

Thank you to KW Photography for use of your wonderful photos! 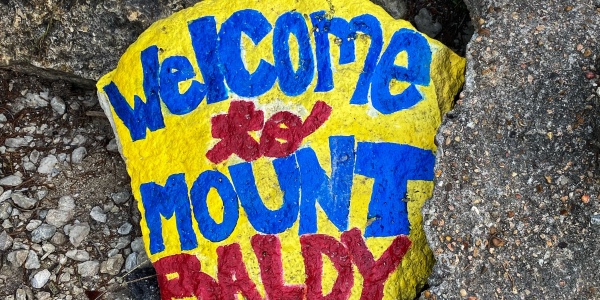 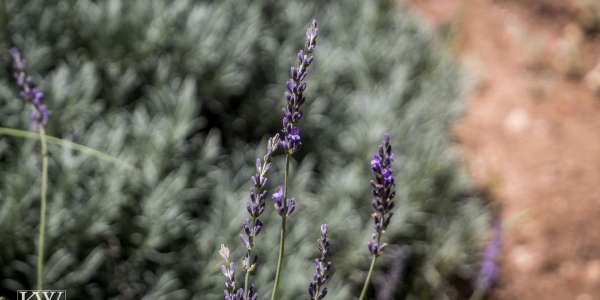