The first full day we were in Italy was a whirlwind. We were going all day. Honestly I feel like I didn’t stop moving from the first morning to the last day and as you read this you will see why. In Rome we were tourists. And the first stop on our first morning was the Flavian Amphitheater or what most of us know as the Colosseum. Even in ruins it is a magnificent structure. Unfortunately we were unable to go inside, bit of a time crunch. I have an excuse to go back – not that I needed one. 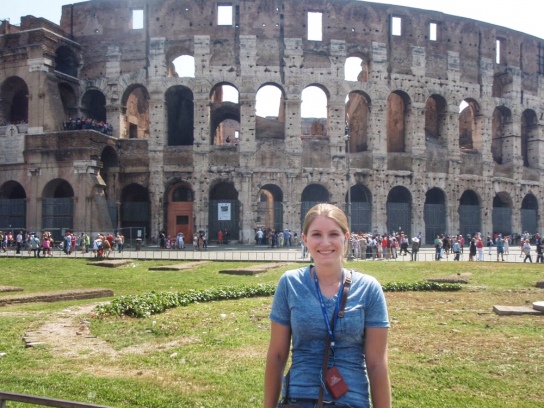 The odd thing about cities like Rome, Athens, Beijing and many others is that the history is all around you all the time. I said the Colosseum was the first place we went and that’s true but we saw so much just on the drive there. I don’t remember everything we saw that day but we did visit Altare della Patria or as the Italians call it, The Wedding Cake. I actually had to look up its real name. The people that live in Rome are not a fan of it, the construction destroyed many of the ruins on Capitoline Hill. 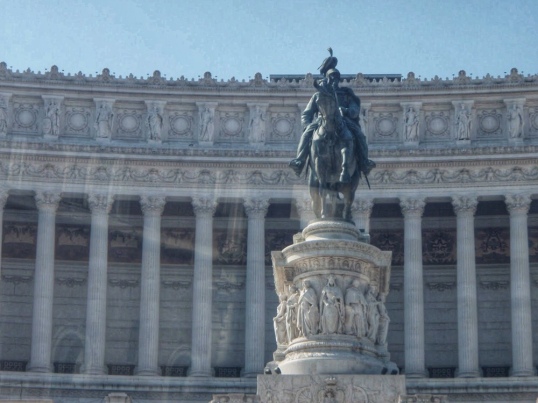 From there we were off to the Pantheon. A beautiful domed roof, complete with a hole. All puns aside the architecture of the dome is quite interesting. It is not very high and this can be seen on the outside but it looks high on the inside because of the cut outs. These also reduce the weight of the roof. 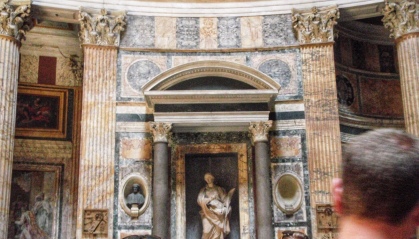 One of the last major things that we saw with the group was the Trevi Fountain. Oh my gosh was it busy. The fountain is kind of hidden. You turn from this narrow street and it opens up into this piazza and there is the fountain. Beautiful and looking like it does in all the guide books. Despite the amount of people it was still a magical moment. Yes, we all thew a coin into the fountain.

The Trevi Fountain was were our guided tour ended for the day. After all the walking we had done lunch was a requirement. We ended up at a restaurant that overlooked a large piazza  with a beautiful fountain in the middle. I don’t think I had one bad meal in Italy, actually that’s not true. I had one in Pisa but that’s a different story. The couple sitting next to us at the restaurant were tourists too. We got to talking to them and they actually paid for part of our meal. I think we all looked like broke students and we were. Extremely grateful doesn’t cover how we felt but comes close. 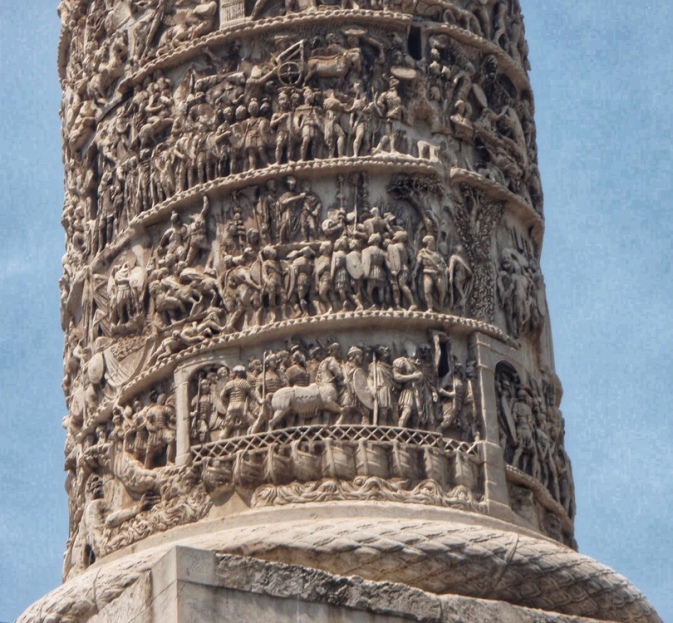 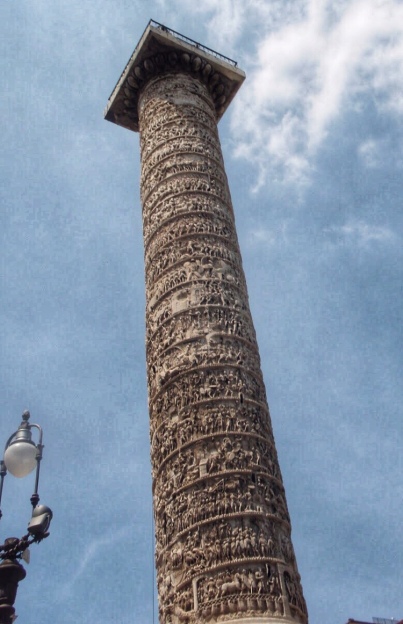 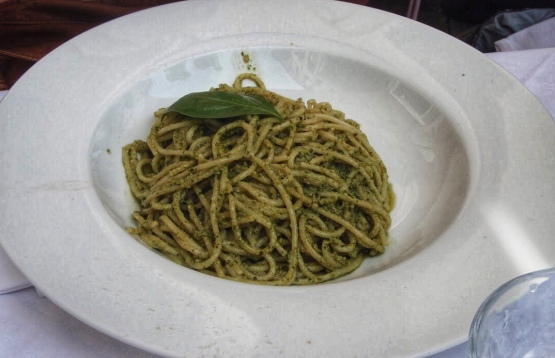 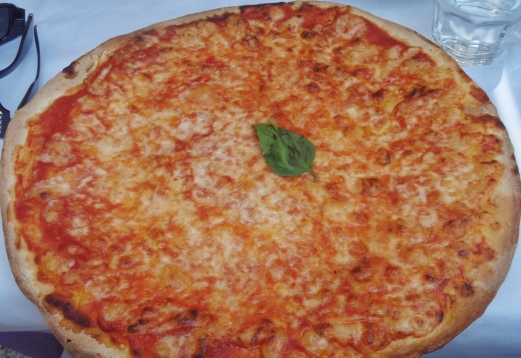 After lunch our little group made our way over to the Spanish Steps. The view is quite fantastic. The thing was though, now we were miles from the hotel and exhausted. So we decided to get a taxi. There were four of us so the price wasn’t too bad. The ride was terrifying. I swear if they have road laws, no one follows them (except for red lights). We got back to the hotel fairly quickly though. 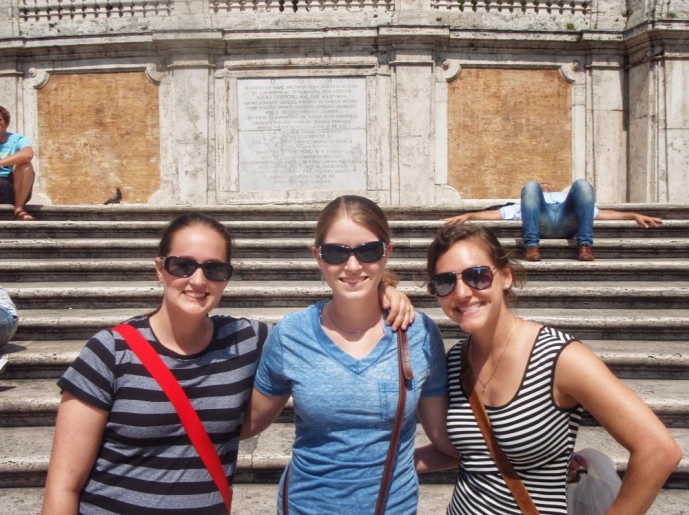 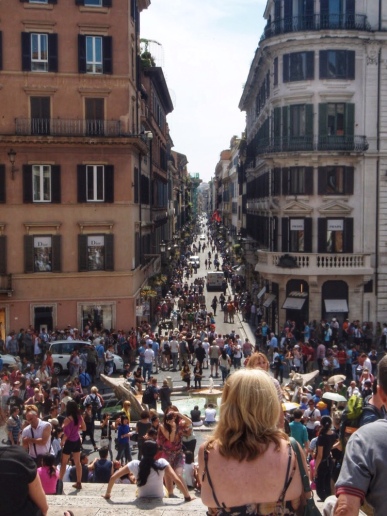 A wonderful but exhausting day. Day two wasn’t quite as crazy but it was exciting. Tell me about your experiences in Rome. What was your favorite thing? Have a great Wednesday. 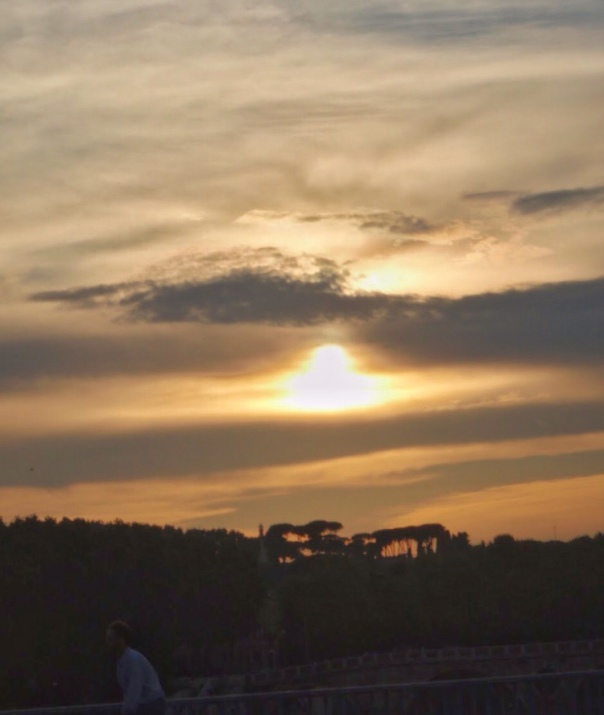 If you missed it, here is the introduction post to this series.