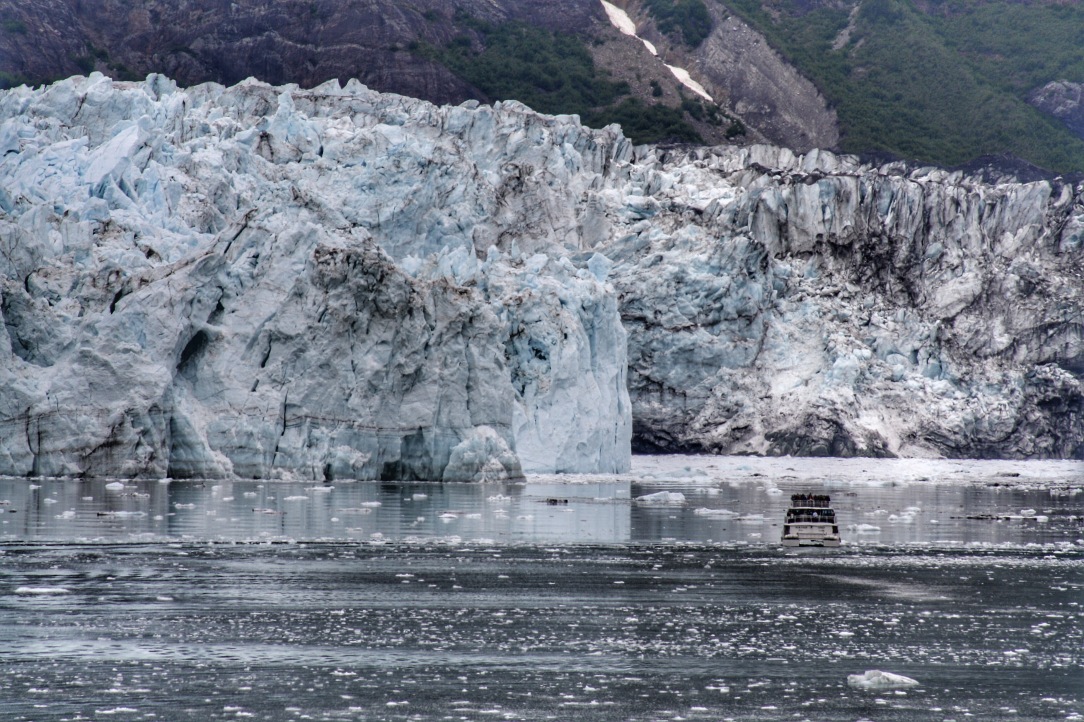 My adventure in the beautiful Glacier Bay National Park. Click to read more!

We have made it to Wednesday! I hope that you enjoyed my first Weekend Wanderings post last Saturday. I have another surprise for you all this weekend but we first let us venture back to Alaska.

Day 1: No of no contact with the outside world (because cruise ship WiFi is expensive and slow).

Brooke and myself are part of the digital age, we are always online both at work and at home. Cruise ships have WiFi and computer access but it costs an arm and a leg and is not the most reliable so you spend half your purchased time trying to get a page to load. Also, Brooke and I both have boyfriends and neither was on this trip so no WiFi and no cell service was rough. Yes, we could have called with “cellular at sea,” but that costs more than WiFi. Thus we are cheap and were cut off.

Despite my complaining I actually enjoyed being cut off, I missed Keltin but there was a peace in knowing that I couldn’t check my digital life and thus I didn’t need to worry about it. Brooke and I did yoga early in the morning and met Baba and Papa on the front of the boat to see the first of the tidewater glaciers of Glacier Bay National Park. As we breakfasted next to a window we listened as over the intercom they told us that 95% of the glaciers in Alaska are receding. One of those exceptions was right in front of us. The John Hopkins Glacier is actually growing. Glacier grow when over the years more snow falls than melts and that snow gets packed in over time. In the John Hopkins Inlet the Star Princess did a couple of slow 360 rotations so that no matter what part of the ship you were on you were not robbed of the awe inspiring view.

From the John Hopkins Glacier we moved on to the Tarr Inlet to get a view of the Margerie Glacier and a small glimpse of the Grand Pacific Glacier. What’s crazy is the Grand Pacific actually carved out the inlet that the cruise ships was doing 360 degree rotations in but now it appeared as this small gray line at the far end of the inlet. The Margerie Glacier by comparison appeared massive. You could line four cruise ships end to end and they still would not match the width of the glacier. 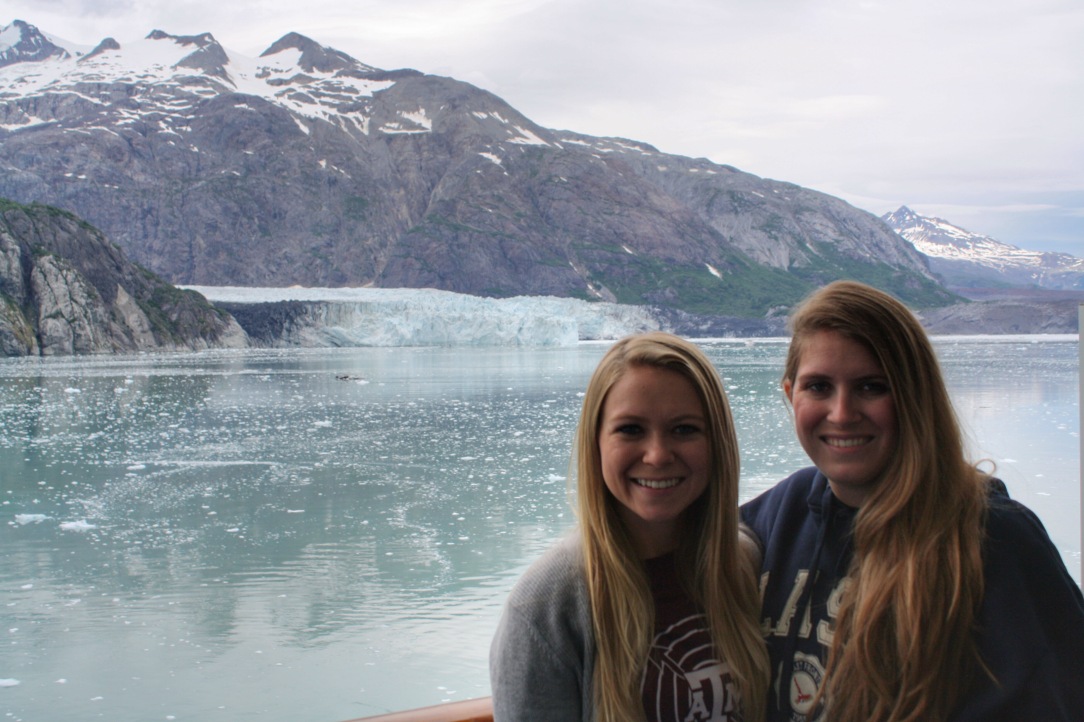 Unless you have seen one there is no good way to describe the sheer mass and presence of these giant rivers of ice. You cannot see them moving but sometimes you can hear cracks and groans  as the ice gets ready to break or “calve” as it is called. We didn’t see any calving but the inlet was full of pieces that had broken off already. When my grandparents had visited Glacier Bay eleven years earlier the ship had been able to get closer to the glacier but there was too much ice in the water when we were there. 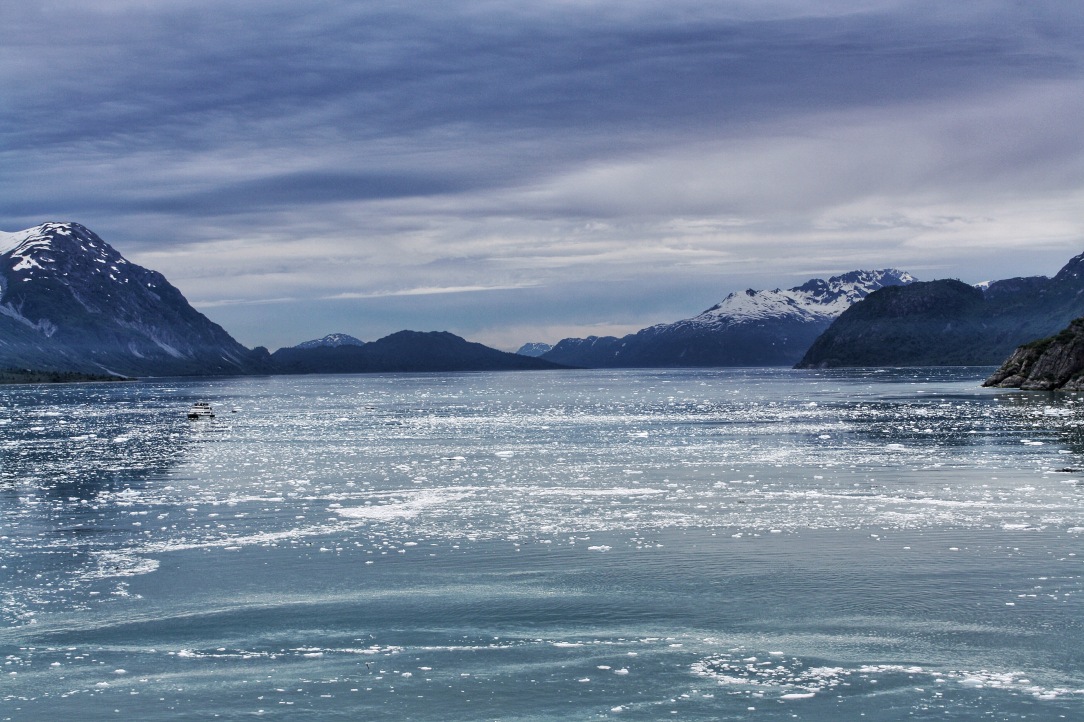 The water in glacier bay is full of glacial silt and it turns the water a blue-green-gray color. In this odd water floats these giant chunks of ice. We watched all this from the balconies in our rooms (that were all next to each other) because the main balconies were so packed full of people.The cool thing is that all of the informational stuff we could listen to on our TV while we sailed past. We took a ridiculous amount of pictures but we didn’t want to miss a moment.

On and off all day I had been thinking about this growler. I know it won’t fly back home well and that even if it did the beer wouldn’t be nearly as good still. So for the integrity of the beer I decided to drink it. Problem here – I had duct taped the cap onto the growler and I’m pretty sure that Brooke got a good laugh watching me remove the duct tape. After I get it off we sit on the balcony and watch the midnight sun as we move farther north and towards College Fjord.

I hope that you have enjoy my recount of the awe inspiring Glacier Bay National Park! Next Wednesday we will continue with the Alaskan Adventure. As always please comment and let me know what you think. 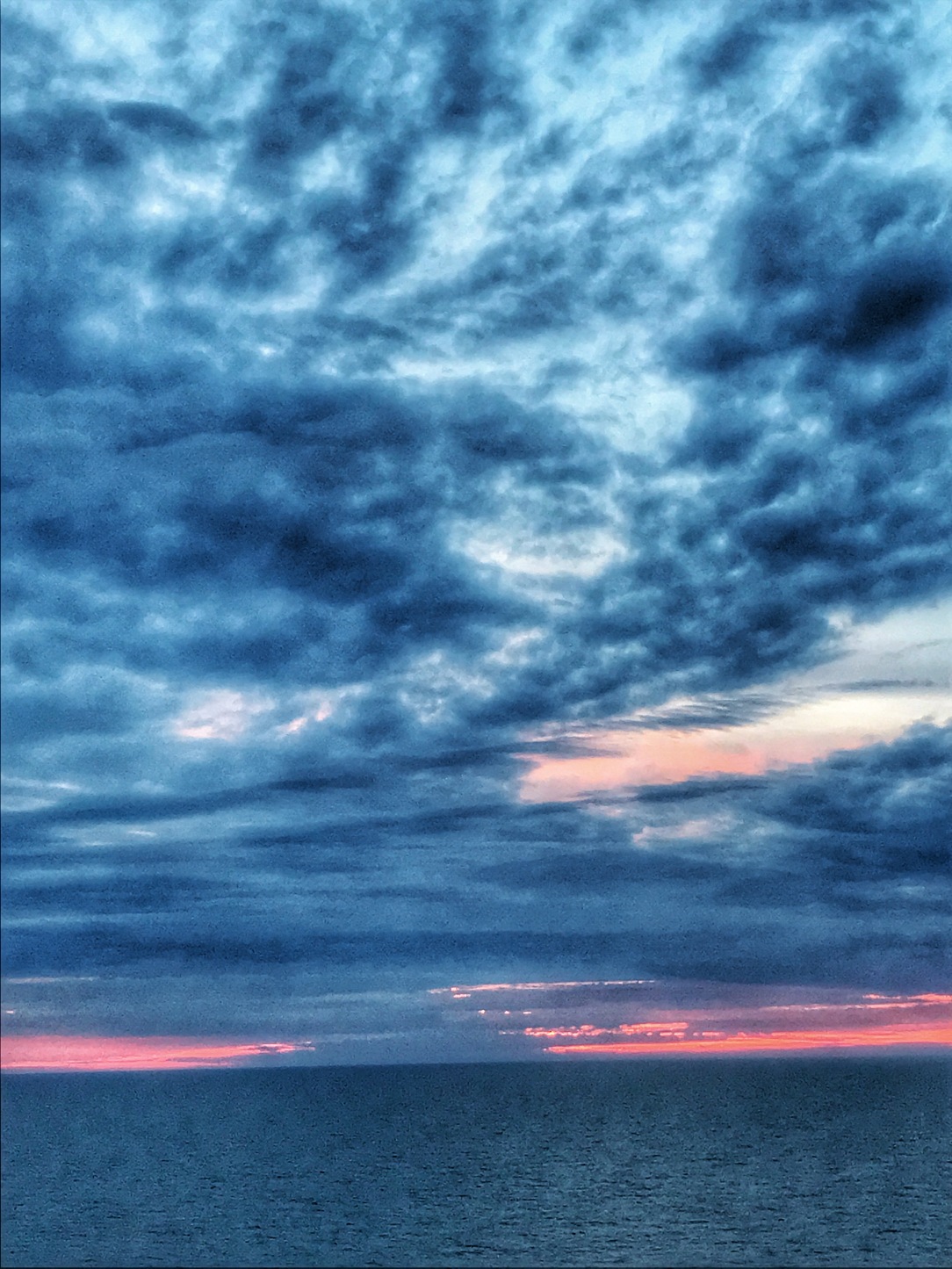 **Featured Image by Brooke McGee. All other images by Laci McGee 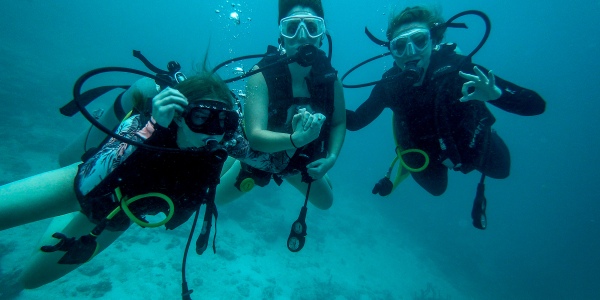 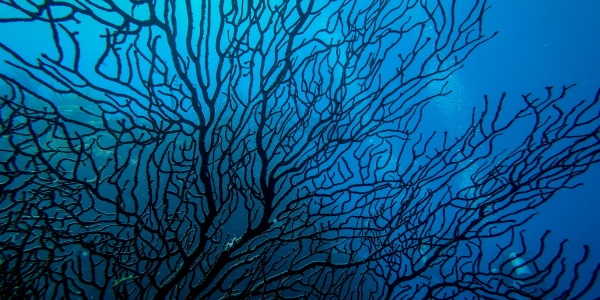 Belize: Half Moon Caye and the Aquarium 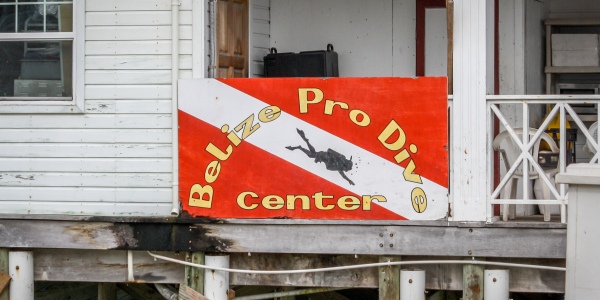